Many of us have worked in academic publishing for decades, but we also have backgrounds in communications, retail and finance. 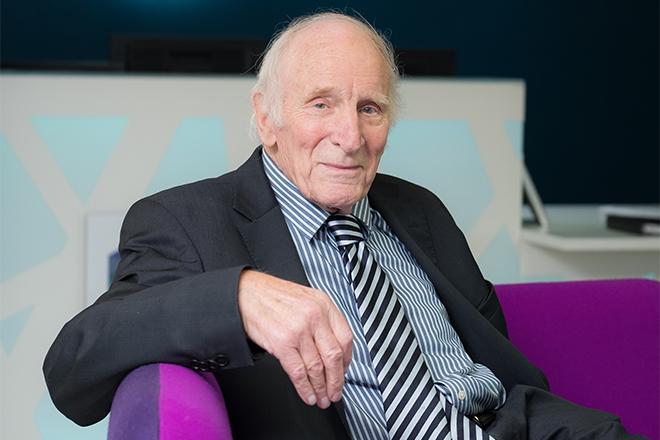 Founder and Group Board Member

Emerald was founded in 1967 and for nearly all the time since then I have been Chief Executive or Chairman of Emerald Group (Holdings) Limited.  I stood down as Chairman at the end of 2017, but I remain actively involved with the company's strategy and direction as a member of the Group Board.

Outside Emerald, I am particularly interested in the performing arts and sport.  I have been a trustee of Life Education for over 20 years and I’m currently President of Opera North, a patron of Leeds Rugby Foundation and Chairman of the Emerald Foundation.

I am also honoured to have been presented with one of HRH the Prince of Wales’ five Medals for Arts Philanthropy in 2009, celebrating individuals who support the arts and recognising the contribution of the most inspiring cultural philanthropists in the UK, and being awarded an OBE by the Queen in 2011 for services to business, sport and to the arts in West Yorkshire. 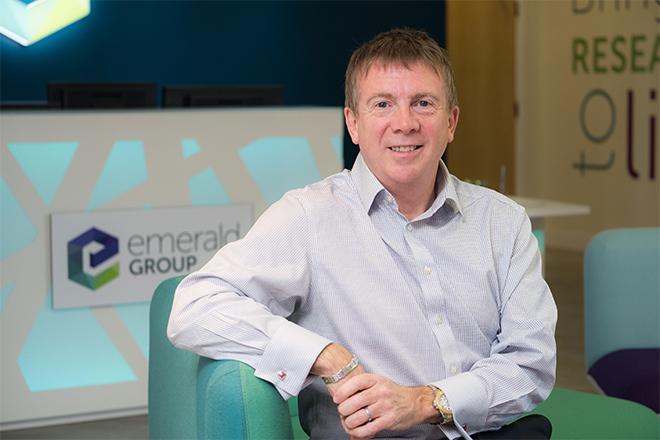 I joined Emerald in 2008, as Group Finance Director, as well as Finance and Operations Director of Emerald Publishing, the then sole operating company. After 18 months I became the Group CEO, including responsibility for Emerald Publishing, which was the position I held through to the end of 2017 when Emerald celebrated its 50th Anniversary. At this point, Keith Howard stood down as Chairman and I took on the role of Group Executive Chairman to oversee a two year period of business transition, including Group expansion and a new Governance Framework, whilst standing down as CEO of the Emerald Publishing business. On completion, I reverted to my role as Group CEO at the start of 2020, continuing as Chairman of Emerald Publishing and the new Emerald Works business.

Prior to this, I spent 27 years in Finance and Commercial roles in the Retail sector, holding senior positions at Marks & Spencer, Tesco, Asda and Fenwick Stores Limited. This was a big move, but one I’ve never regretted. Emerald is a fabulous business with great people and a passion for making a difference and having a positive societal impact.

Beyond work, I live in Leathley, Yorkshire, with my wife Liz and our two dogs, with our two children having long since flown the nest. My daughter, Harriet, is a Rock Singer turned Psychotherapist in London and my son, George, is an Econometrician turned Conservation Diver in the Azores. I enjoy walking, cycling, and spectating most sport, whilst equally found relaxing to good music. 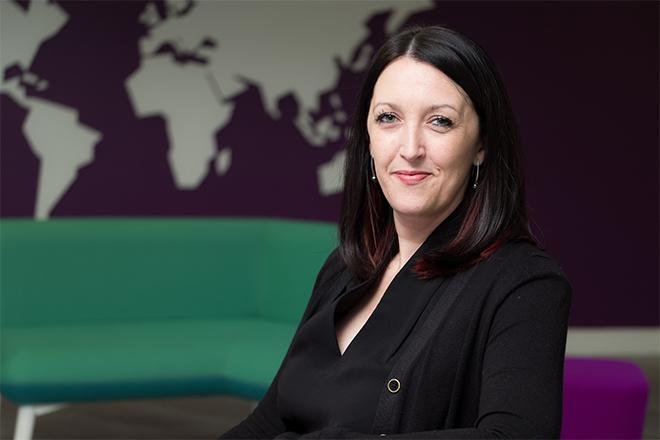 I have held a variety of senior roles during my time at Emerald, including Head of Publishing Development, Director of Business Development, Group Director of People (HR) and CEO of Emerald’s creative agency business, Research Media.

I took over as CEO of Emerald Publishing at the start of 2018, as we enter a unique era in scholarly publishing – one which is full of challenges and opportunities for both Emerald and the sector at large. It’s a time when we should be listening, learning and innovating, as well as connecting closely with the market – all things I love to do.

Both in and out of work, I’m a keen advocate for gender diversity, having launched our workplace diversity programme, Stride, and appearing as a panellist on the issue at international academic conferences and events. I love the theatre and music, but you’ll still find me at my happiest browsing for hours in a bookshop! 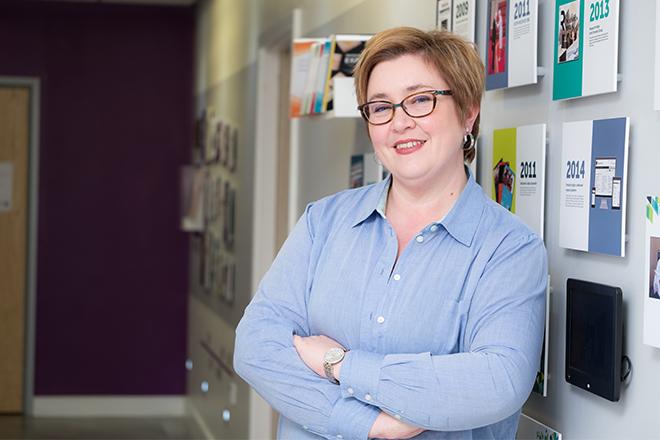 Prior to this, my 20-year career, primarily in scholarly and academic publishing, most recently included the role of VP, Journal & Data Solutions at RELX Group.

Throughout my career, I have held a number of other senior executive positions in the industry, including Head of Marketing for Scopus and Publisher of TheLancet.com, during which time I have driven a wide range of digital initiatives and product developments to enhance the customer experience. 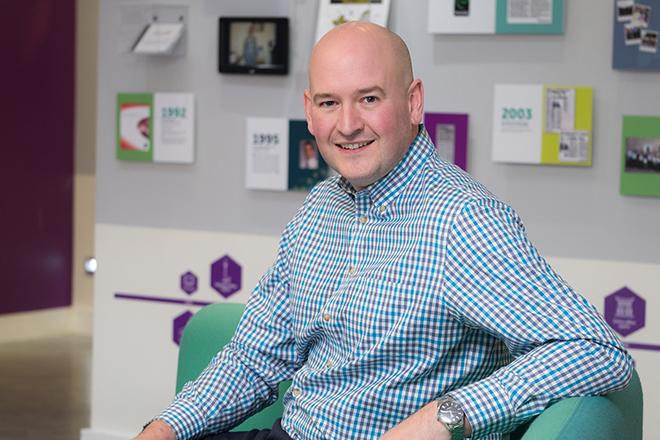 I joined Emerald Group in 2013. Prior to this, I qualified as a chartered accountant with Deloitte, specialising in corporate finance whilst working in the UK and Asia-Pacific. Subsequently I worked for Barclays plc as a Corporate Director, managing a diverse team with over £600m of assets under management, and with Emerald Group as a client where I first got to know the business.

I have direct responsibility for group functions including Customer Operations, Finance, Legal and Property & Services. My focus at Emerald is to provide the appropriate governance framework to support our continued global expansion, and to influence the Group’s execution of strategy. I am also responsible for leading the Group’s merger & acquisition activity.

Outside of work, I have three young (and energetic) children to keep me occupied. I also enjoy mountain biking, watching cricket and rugby, and playing music – when I get the chance! 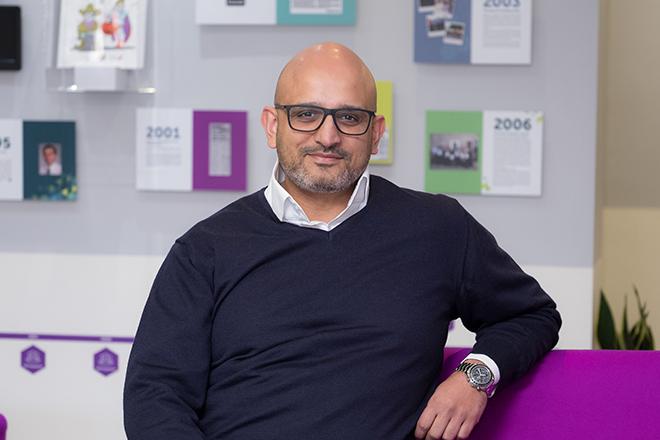 I joined Emerald's sales division in January 2005 and was appointed Regional General Manager for China and India in 2006, where I set up our operations in China and India and managed the expansion. I have also been instrumental in the agreement of several national licensing deals as well as setting up offices in Boston, Brazil, Dubai, Taiwan and Australia.

In November 2009 I joined the Board, and became responsible for managing our global sales and commercial operations. 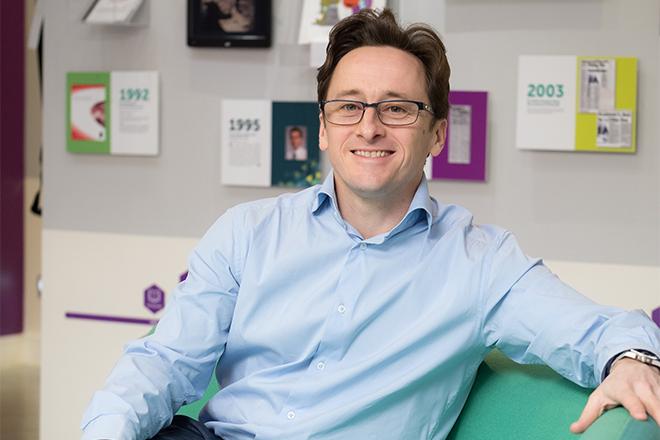 I joined Emerald as Publishing Director in 2012 from Elsevier, where I held a variety of positions in publishing, marketing, product and content management during the previous 16 years.  My brief entails working in partnership with the research community in over 180 countries, primarily through leadership of Emerald’s publishing teams, serving authors across research, teaching, library and corporate settings  Today our portfolio encompasses over 350 journals, 3,500 books, 1,600 teaching case studies, and an interdisciplinary open research platform.

Since 2018, my strategic partnership brief drives Emerald’s diversification of services for the research community, including advocacy and support for impact literacy, open research and open innovation.  I also represent Emerald in the public affairs sphere, serving on the principal pan-industry public affairs committee.

Whilst originally from London, today ‘God’s Country’ is very much home.  I live in The Yorkshire Dales with family, including an excitable Field Spaniel, who keeps us busy up fell and down dale 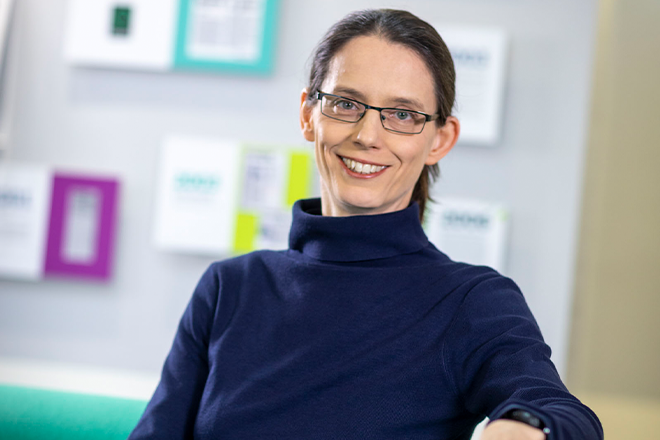 My career with Emerald began in 2017 as Head of Business Technology. A significant focus within that role was driving agile digital delivery, including the migration from Atypon’s Literatum to the new Emerald Insight platform. Joining the Board in September 2019, I’m responsible for driving our digital transformation across our customer facing technologies, our content value chain and into our business systems and infrastructure.

Before Emerald, I worked in various of roles at ProQuest, including editorial and product management across official publications, journal archives and historical documents, and for Cambridge University Press, in digital operations and technology leadership related to e-learning solutions.

Having spent much of my life in the fenlands of East Anglia, I enjoy the hills of Yorkshire and can frequently be found running the footpaths and pavements. 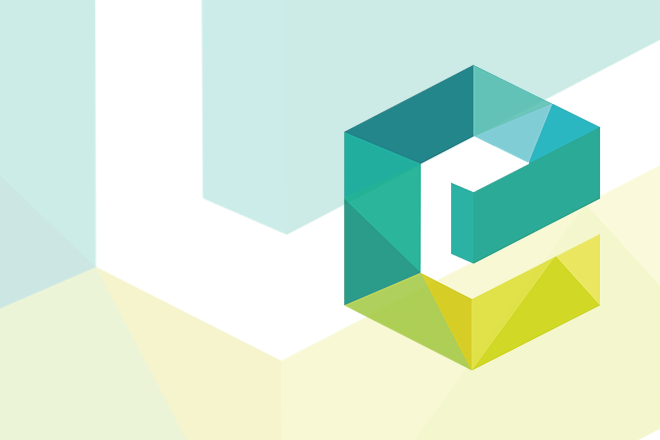 My business career has included chief executive positions with several small and medium enterprises in the IT, environmental and construction services sectors. I have also held non-executive directorships (NEDs) in the NHS, chemical, distribution and engineering sectors.

Bradford born and bred, we live in Idle and we are actively involved with three grandchildren. After a lifetime running, once very competitively, I now cycle and walk, preferably up mountains. Other interests are Rotary, cosmology and Leeds United. I also chair Life Education Bradford, an anti-drugs charity supported by the Emerald Foundation. 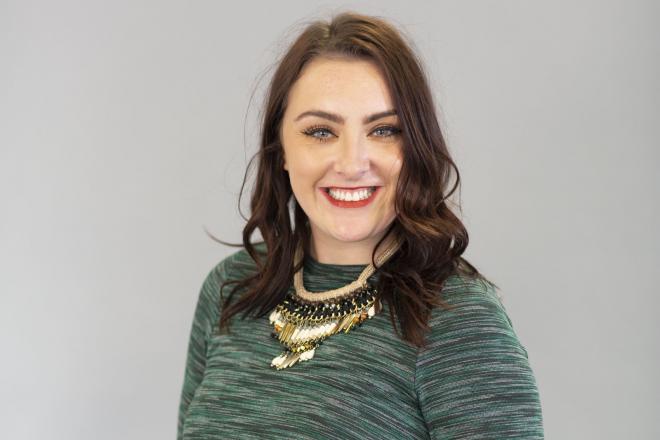 I joined Emerald in 2012, as a family member, and have experienced a range of different roles throughout the organisation, ranging from Learning and Development to a Publisher. In 2016 I became a Trustee of The Emerald Foundation, the charitable arm of Emerald with specific responsibilities for developing relationships with Charities we support in Performing Arts and Sports.

In 2018 I completed my MBA at The University of Leeds and returned to Emerald, heading up Community Partnerships and our Responsible Business Strategy. Additionally, in my family capacity, I am a Non-Executive Director on both the Emerald Group and Emerald Works Boards.

I am particularly passionate about the development of people, and creating an impact in different capacities, in the locations that we are based.